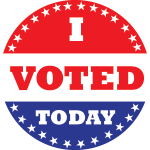 The 2012 election cycle has come to its merciful end, but that doesn’t mean our work as concerned citizens is finished. There’s one more thing we can do, and I want to make this as easy as possible for you.

If you are as exhausted as I am with the gridlock in government, then let your elected officials know by sending a simple email, putting your concerns on the record, and on their radar.

I had the good fortune, a couple of weeks ago, to emcee a conference in Chicago where NBC political analyst, Chuck Todd, was the keynote speaker. During the Q&A following his talk, someone asked him how, with the crippling gridlock in government, could we as citizens help to heal this dysfunction?

Todd’s simple response: Stop rewarding your elected officials for partisan stubborness, and start rewarding those who understand the value of, and demonstrate compromise.

Put your elected officials on notice that you’re watching them, and that you will hold them accountable, rewarding them for being agents of progress, not gridlock.

A Congressman once told me that one letter from a concerned citizen represents 9,999 other concerned citizens who feel the same way, but didn’t have the time, the attention span, or the tools to write one, so your correspondence is very powerful. You can make a difference.

So here’s what to do.

Locate your congressman here: Find Your Representative By Zip Code

Download this note and customize as you see fit, then just copy and paste it into the contact form on your representative’s website: Please End Government Gridlock

You CAN make a difference, but only if you let your elected officials know you’re holding them accountable.